New Classes at The Yoga Space! Beginning Friday, September 9th, we will be bringing you another lunchtime yoga class! Join Sara for a soul flow, from 12:00 – 1:00 pm each Friday! $10 (includes mom + kiddo)
Now that the big kids are back to school all day, bring the little ones for some yoga, crafts, and activities! Your first one is free, so come check us out! Our chair class is a great option for beginners who are looking for an intro to yoga without the intimidation, those with modalities challenges or injuries, or even the most experienced yogi who just wants to try something a little different!
Join us as our chair class returns on Thursday evenings, with Mae. Donation based
We are passionate about bringing health and wellness to the community, but we are also passionate about giving back to our community.
Join us every Friday for our new Qigong class.
This class is donation based and 100% of the donations go to support local non-profit organizations in Kerrville.

Drop-ins welcome for all regular classes. Covid took a toll on all industries, and sadly yoga retreats and workshops were not immune to that.

This is why it brings us great joy and excitement to announce our first weekend retreat since taking ownership of The Yoga Space! Our excitement is two fold: 1) retreats are back! 2) Our special guest who will be leading the weekend is yoga expert and renowned instructor, Charles MacInerney!

Charles has practiced yoga for 50 years. In 1989 he founded Expanding Paradigms through which he began teaching yoga full time, publishing a newsletter, and presenting at Regional, National and International Conferences. In addition to his regular public yoga classes, Charles has extensive experience integrating yoga into hospitals, corporations, universities, and government agencies. Charles is the founder of www.yogateacher.com and has written articles for a variety of magazines including the Yoga Journal and has written and contributed to several books on yoga. He offers workshops at yoga studios around the country and since 1992 he has been leading retreats around the world. Charles is co-founder and instructor with the Living Yoga Teacher Training Program, co-founder of the Texas Yoga Retreat, and author of Toxic Goals, Flow & the Pursuit of Excellence. 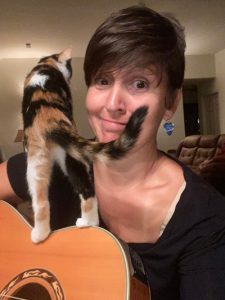 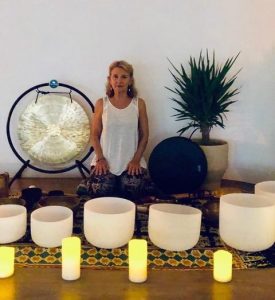 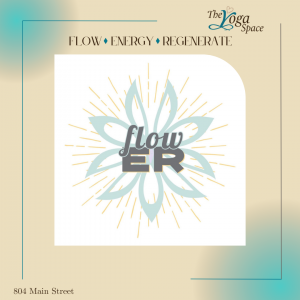 See What Other Upcoming Events Are Coming Up

Click the View all Upcoming Events button to view all upcoming events.

5 Yoga Poses That Warm the Body

The Yoga Space is a welcoming community for beginning and experienced yogis in Kerrville.

We opened the studio because of our belief that Yoga promotes a healthy lifestyle. We offer a wide range of Yoga classes at times that will fit everyone's schedule and in a location that is supportive of the spirit of Yoga.

Our instructors are among the most highly trained and committed teachers in the area. When attending classes taught by any of our instructors, you can be secure in the knowledge that the instruction comes from a solid education fused with a personal passion for yoga.

We are located at 804 Main Street, one block East of the Courthouse in Kerrville.

We are a Hatha Yoga oriented studio. Hatha Yoga is the most widely practiced form of yoga in the world. It uses postures (asanas) and stretches in combination with the breath to develop flexibility and relaxation. There are many styles of Hatha Yoga. Some use a specific series of postures; others use a flow of movements, while some may use props such as blocks or belts to assist a posture or maximize a stretch. All styles of Hatha Yoga, however, encourage proper alignment of the body and bring balance, strength, and calmness to the practitioner. Our Hatha Yoga classes are based on the classic and ancient practices of yoga in its original form.

Through committed involvement and receptive mind, you will experience first hand the profound aspects of yoga practice.

About the Yoga Space

The Yoga Space offers classes on a drop in basis or as part of a package. Prices vary accordingly.

At The Yoga Space, we practice the intention of yoga by treating everyone with respect and love. We are passionate about helping students deepen their mind/body connection, detoxify their bodies, heal from past physical injuries and emotional trauma, and empower personal growth.

To learn more about yoga, including health benefits and how to practice different asanas, we encourage you to explore the resources available on our website. We invite you to sign up for our e-newsletter and stay up-to-date on the exciting workshops and classes available at our Kerrville yoga studio.

The Yoga Space is a place for everyone and everybody. Unify your body, mind and spirit at our energizing Kerrville yoga studio.

We look forward to welcoming you into our yoga community!

Come join us by purchasing a Passbook today

If you're not ready to purchase a Passbook, please join us for a drop-in class.