“With October being National Women’s Small Business month and us being owners of a yoga studio, we thought we would highlight some of the most influential women in yoga, and showcase how the two disciplines complement each other, thus creating the space to bring more health and wellness to a broader audience.

Many people in the yoga community don’t think about the business aspect of yoga, understandably. But without some of these women who were pioneers in bringing yoga to western civilization they paved the way for people like us.

Indra Devi, lovingly referred to as the first lady of yoga, was the first woman (notably, the first western woman) at an Indian ashram. She was one of the most influential practitioners in the 1940s. She taught yoga all over the world in countries such as China, India, Russia, Mexico, and the U.S. She later taught in Buenos Aires, Argentina for 15 years. She died at 102 years old in 2002 and still to this day is attributed as being instrumental in the global diffusion of yoga.” 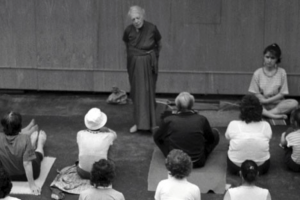